Last weekend, we dropped by Fan Expo for the opportunity to get costumed up and the requisite visit to the Doctor Who Society booth. I wore a Silence costume that I put together last-minute in an obsessive frenzy over the week before the con and Devin wore his awesome 11th Doctor costume from our wedding (oh yeah, that happened). See below for Doctor Who geekery galore. 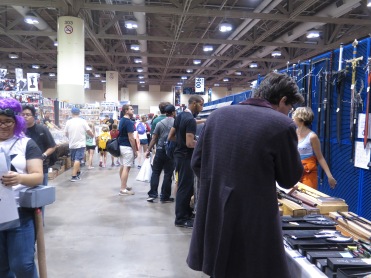 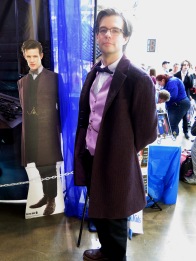 I see the resemblance.

Aaand the making of the mask.

This costume idea started as the demented taping together of two paper lanterns from the wedding, inspired by the perusal of a list of Doctor Who monsters one week before Fan Expo. 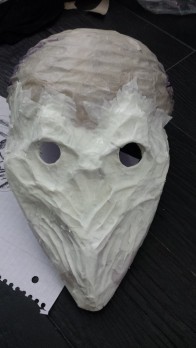 While this could mostly have been done with papier mache, I have a weird preference for using masking tape.

And then tons of paint to smooth things out.

Next, shadows for The Silence.

And here it is, pretty much, minus a few details. This was (& is) genuinely creepy to see sitting in the craft room late at night. 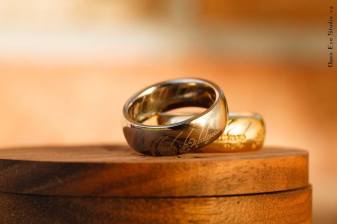 Oh, did I not mention the One Ring wedding bands? My bad. 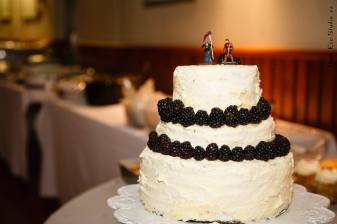 Having a geeky photographer is the best.

I’ll handel this one, thanks. 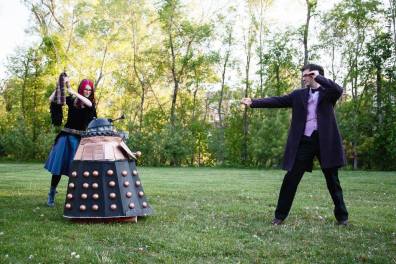 We both agree that this is how things would go down.

And now to await Halloween with eager anticipation!